This year, on July 1st, 2021, China will celebrate the 100 years of the Communist Party of the PRC. We propose to analyze the multiple dimensions that the idea of ​​the PCCh opens to generate a Community of shared future for mankind 人类 命运 共同体 (Rénlèi mìngyùn gòngtóngtǐ), and how this purpose has influenced China-Latin America international relations.

Chinese idea of ​​creating a «community of shared destiny» emerged in September 2011 in the White Paper on Peaceful Development, later sustained in Wen Jiabao’s speech during the XIV China-ASEAN Summit and taken up by Hu Jintao in the speech of opening of the XVIII National Congress of the Communist Party in 2012, in which the expression was improved with the formula «human community with a shared future», later perfected by Xi Jinping in his famous 2015 speech, on the occasion of the 70th anniversary of the United Nations, «Building a community of shared future for mankind», which includes five contents: political association, security, economic development, cultural exchanges and the environment. This perspective was taken up in the speech to the United Nations in Geneva in January 2017 and the idea of ​​the essential need to «build a community with a shared future» was confirmed in October of the same year in the Report of the XIX National Congress of the Communist Party.

In March 2018 it was incorporated into the Chinese Constitution as part of Xi Jinping’s Thought on Socialism with Chinese Characteristics for a New Era. In this way, the “community of shared future for mankind” is presented as a key objective of China’s international relations towards the creation of a new international order.

The Center for Chinese Studies of the International Relations Institute of the National University of La Plata (CeChino IRI-UNLP) organizes a Special Conference with Chinese and Latin American scholars.

The Origins of the Communist Party of China.

Construction of a Community with a shared future for Humankind and China’s International Law stances viewed from Historical Perspective.

Community of Shared Future for Mankind: An Imaginary Myth or A Realistic Dream for China and Latin America.

Contributions from the Southern Cone of America and China to the construction of international relations from a global perspective: Autonomy and Tianxia

New Cold War or Human Community? Challenge and vision of the CPC after the Covid-19 Pandemic.

Deepening the understanding between Latin America and China for a Shared Future: Argentinian Media Portrayal of China during the COVID-19 Period in 2020 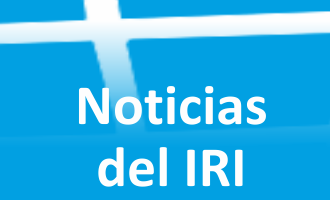